Whatever After Series by Sarah Mlynowski 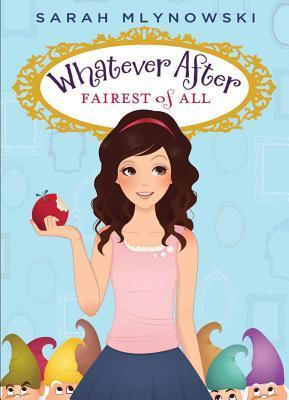 Mirror, mirror, on the basement wall . . .
Once upon a time my brother and I were normal kids. The next minute? The mirror in our basement slurped us up and magically transported us inside Snow White’s fairy tale.
I know it sounds crazy, but it’s true.
But hey — we’re heroes We stopped Snow White from eating the poisoned apple. Hooray! Or not. If Snow White doesn’t die, she won’t get to meet her prince. And then she won’t get her happy ending. Oops.
Now it’s up to us to:
– Avoid getting poisoned
– Sneak into a castle
– Fix Snow White’s story
And then, fingers crossed, find our way home.

Special thanks to Scholastic and NetGalley for providing me with the Whatever After series titles.

I love fairy tales and I love Sarah Mlynowski’s Gimmie a Call and How to Be Bad (which she co-wrote with Lauren Myracle and E. Lockhart); so when I heard that Sarah Mlynowski had written a fairy tales series, I knew I just had to read it!

Abby takes pride in being logical and practical, and she loves plans and lists. So when Abby and her little brother Jonah get sucked through a magic mirror in their basement and magically transported into Snow White’s fairy tale, she isn’t exactly sure what to think. Well, no, she does: Step one is to find her fuzzy slippers (she was in her pajamas when she was sucked through the mirror). Then when Jonah spots an old lady walking through the woods, she decides to ask for help. But the old lady is awfully rude, and as it ends up, it’s the wicked witch disguised as the old apple-seller. But now that Abby and Jonah have stopped Snow White from eating the apple, Abby realizes that since Snow’s story has been changed, Snow won’t ever meet her prince, she won’t ever take back the kingdom, and she won’t ever live happily ever after. Can Abby fix it all in time?

This book was so cute and funny, I found myself laughing at a lot of the lines! I also liked how Snow White started reading the law books that also got sucked into her fairy tale, and how she uses her newfound knowledge to save the kingdom, instead of just waiting for a prince to wake her up.

OR Snow White could face down crocodiles, jump from tower windows, and win the kingdom back with confidence and brain-power!

“So what’s the deal? If you’re selling apples, why do you only have one piece of fruit?” I look at her black cloak. “And is that supposed to be an apple-seller uniform? Because I’ve got to be honest—it’s not, like, sending the right vibe.”

Up next in the Whatever After series, Abby and Jonah get sucked into Cinderella’s fairy tale in If the Shoe Fits: 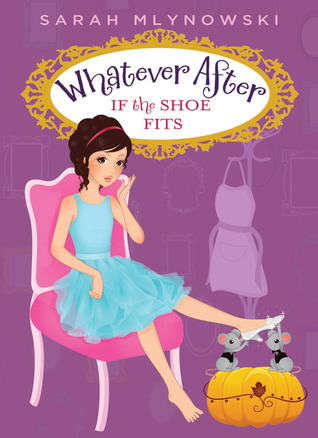 Once upon a time my brother and I found a magic mirror.

Tonight the mirror swept us into Cinderella’s fairy tale. Now, we are NOT messing this story up. No way. Cinderella is going to marry her prince just like she’s supposed to.

Cinderella broke her foot and there’s massive swelling. The glass slipper won’t fit, the prince won’t know she’s the one for him, and they won’t live happily ever after. And it’s all our fault!

To save the day we’ll need to:
1. Learn how to use a dustpan
2. Stay out of jail
3. Find Cinderella a job
4. And make sure true love finds its way.

We just have to get it all done before the clock strikes twelve and the chance for a happy ending is gone . . . forever!

When Abby and Jonah get sucked through the mirror for the 2nd time (with Abby stuck in her pajamas again), Abby’s determined not to interfere with the story. But when she follows Cinderella home from the ball (Abby wishes she could have put Cinderella’s transformation on YouTube) she ends up helping Cinderella out. A lot. What happens when Cinderella ends up being not-so-sweet-or-humble and a certain step-sister happens to have a crush on the prince? Or when Cinderella’s fairy godmother decides that Cinderella needs to prove herself worthy of being a princess? Abby’s initial reluctance to get involved in the story is soon tossed aside, as she starts helping Cinderella get her own job to become independent.

Sure, she went to the ball. But did you know that Cinderella’s foot swelled up, she slyly mocked her step-sisters, her glass slippers got broken, and she decided to open up her own business?

When the magic mirror transports Abby (in her pajamas) and Jonah to a coat closet at a fairy tale land ball:

A ball. We’re at a ball. My head nearly explodes. “Jonah! Look at her dress! Do you know what this means?”

If you could visit a fairy tale, which one would you visit? 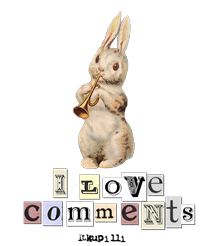 19 thoughts on “Whatever After Series by Sarah Mlynowski”