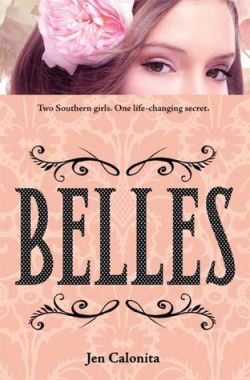 Fifteen-year-old Isabelle Scott loves her life by the boardwalk on the supposed wrong side of the tracks in North Carolina. But when tragedy strikes, a social worker sends her to live with a long-lost uncle and his preppy privileged family. Isabelle is taken away from everything she’s ever known, and, unfortunately, inserting her into the glamorous lifestyle of Emerald Cove doesn’t go so well. Her cousin Mirabelle Monroe isn’t thrilled to share her life with an outsider, and, in addition to dealing with all the rumors and backstabbing that lurk beneath their classmates’ Southern charm, a secret is unfolding that will change both girls’ lives forever.

Life at Harborside is the life that Izzie knows and loves. Sure, she has to work extra hard taking care of her grandmother who has Alzheimers, but she wouldn’t trade it for anything. But she doesn’t really have a choice, because when her social worker sends her to live with her rich and preppy relatives, she’s forced to start a new life. A life with eight-hundred-dollar dresses, campaign managers, and where the school rumor mill involves a father buying the headmaster a Range Rover to keep his son on the football team.

Izzie, I have a feeling we’re not in Harborside anymore.

I read Jen Calonita’s Sleepaway Girls and Secrets of My Hollywood Life series a few years ago and really enjoyed them, so I had been excited to start her recent trilogy, Belles! There are so many things about this book that either made me adamantly go:

So let’s get started, shall we?

The Settings: I loved the settings in this book, and they felt perfect for summer! First we have Harborside, a North Carolina beach and boardwalk, and the setting descriptions will make you want to put on your flip-flops and hit the beach! From the arcade to the ice cream parlor to the amusement park at the end of the pier, I loved hearing all about Harborside. The second setting we have is Emerald Cove (home of the fighting cardinals!) which was much different than Harborside, but still interesting to read about. With front lawns the size of football fields and a school so big Izzie thinks she needs a GPS just to find the cafeteria, I definitely felt immersed in the setting.

How the Characters Were Written: I think that Jen Calonita has such a gift for perfectly writing both the characters that you really love and the characters that you really loathe. For example, she makes Savannah so mean and manipulative, you wish you could reach in and slap her. But Calonita also creates Violet, the sassy and supportive new friend who you wish you could be friends with in real life. I also really loved Izzie and connected with her in the first few chapters which were really emotional for her. She’s dealing with work and taking care of her grandmother with Alzhiemers, which was something that struck close to home for me.

Let’s Give the Non! to Cynical Cindy. Take it away, Cindy:

My main complaint about this book was Mira’s story, as this book alternated each chapter’s focus between Izzie and her cousin Mira. While I enjoyed hearing about Izzie, I felt that Mira’s story was pretty much a cookie cutter I’m-the-Popular-Girl’s-Sidekick-But-She’s-Really-Mean-So-Should-I-Leave-and-Be-Myself-Or-Stay-and-Have-Status, and I got bored with her chapters rather quickly, which means I only really liked 60% of the book. It wasn’t that I hated Mira as a character, I enjoyed seeing some of her views on the situation, I just felt that her storyline was clichéd, so I tend not to read many books that have that plotline.

Overall, this was a cute and fun book that felt perfect for a light summer read.

Have you read Belles or the rest of the books in the series? If so, what did you think of them?

14 thoughts on “Belles by Jen Calonita”