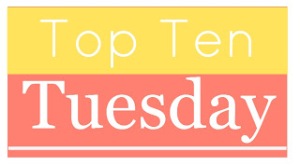 Top Ten Tuesday is hosted by The Broke and the Bookish

This week’s Top Ten Tuesday was a Freebie, where I could come up with any topic I wanted. I came up with the idea Top Ten Fictional Places I’d Love to Vacation! It’s summertime and that means vacation planning time, but aren’t there some fictional places from books that you’d just love to visit in person? Here are my choices of where in the (fictional) world I’d love to vacation: 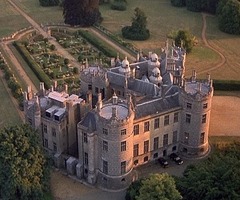 1. Genovia from The Princess Diaries series

Who wouldn’t want to visit Genovia, the charming European country? Maybe when I visit I’ll stop by the palace and see if Mia is in. There’s even a Visit Genovia webpage!

2. The Restaurant at the End of the Universe from The Hitchhiker’s Guide to the Galaxy series

“If you’ve done six impossible things this morning, why not round it off with breakfast at Milliways—the Restaurant at the End of the Universe!”  As soon as I get ahold of a time machine, I’ll stop at this restaurant! I’ll be sure to deposit a penny in a bank account now, so that by the time the end of the universe comes, the compound interest on the penny can pay the bill.

3. Colby from Along for the Ride, Keeping the Moon, and The Moon and More

The beach town mentioned in Sarah Dessen’s novels sounds like so much fun! The beach houses, the Tip, the Last Chance Cafe, the Clementine’s boutique, and more! 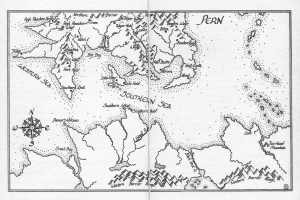 4. The planet Pern from the Dragonriders of Pern series

Obviously I have to vacation someplace with dragons at least once. As soon as I reach Pern, I’m finding out how to take dragon riding lessons (and seeing if I can take a tour of Harper Hall)!

After I get ahold of that time machine and visit a certain restaurant at the end of the universe, I think I’ll pop back to futuristic France. Between the spaceships, The Rieux Tavern, and Bennoit Farms and Gardens, the Rieux in Scarlet‘s futuristic France sounds like so much fun! 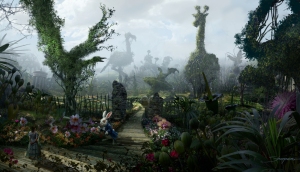 6. Wonderland from Alice’s Adventures in Wonderland

I’d love to have some tea at the Mad Tea Party (it’s always happening, so at least I won’t miss it) and see if I can spot the Cheshire Cat! 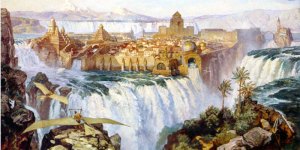 There would be so much to see in Dinotopia: Waterfall city, Canyon City, and Treetown. Oh, yeah, and DINOSAURS!

Okay, so I couldn’t vacation at the Gallagher Academy, but surely I could be an exchange student there next fall, right? Secret passageways, different sub-levels, and a sword that can catch someone’s hair on fire. Gotta love spy school.

The descriptions of Nim’s Island are absolutely beautiful, I’d love to go there!

10. The TARDIS from Doctor Who

Since I need a time machine to get to destinations #2 and #5 on my list, why not take the TARDIS? Besides, it has a library! And a swimming pool (which may or may not be in the library).

Where in the (fictional) world would you like to vacation this summer?